Construction of the fish passes which Fishtek designed on the River Aire has now been completed by Bailey Construction. The two passes are located on the Aire at Kirkstall, where the river splits around a large island and the weirs previously formed a significant barrier to the free movement of fish within the river. However, following the construction of the new best-practice Larinier fish passes, this is no longer the case.

At both weirs, heritage and aesthetic aspects had to be considered and so the finish on the passes was designed with this in mind. The lower weir (Burly Mill weir) is a Grade 2 listed structure and the pass has been finished with a stone facing so that it blends in with the existing historical structures at the site. A few pictures of the finished fish pass at Burley weir are below: 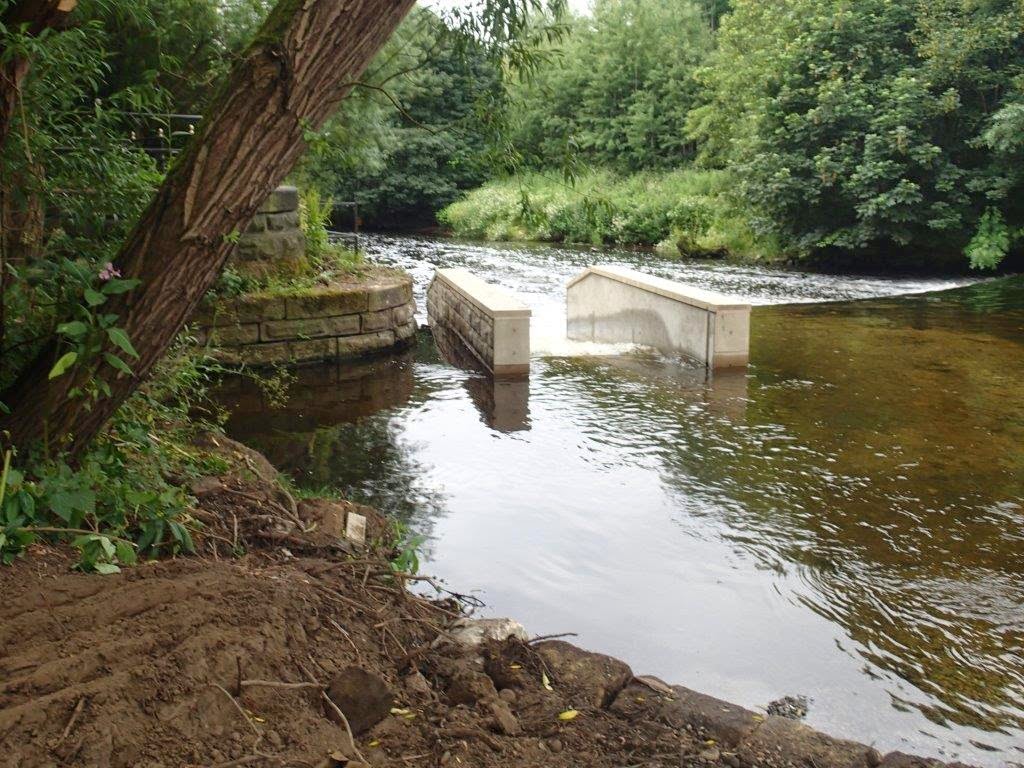 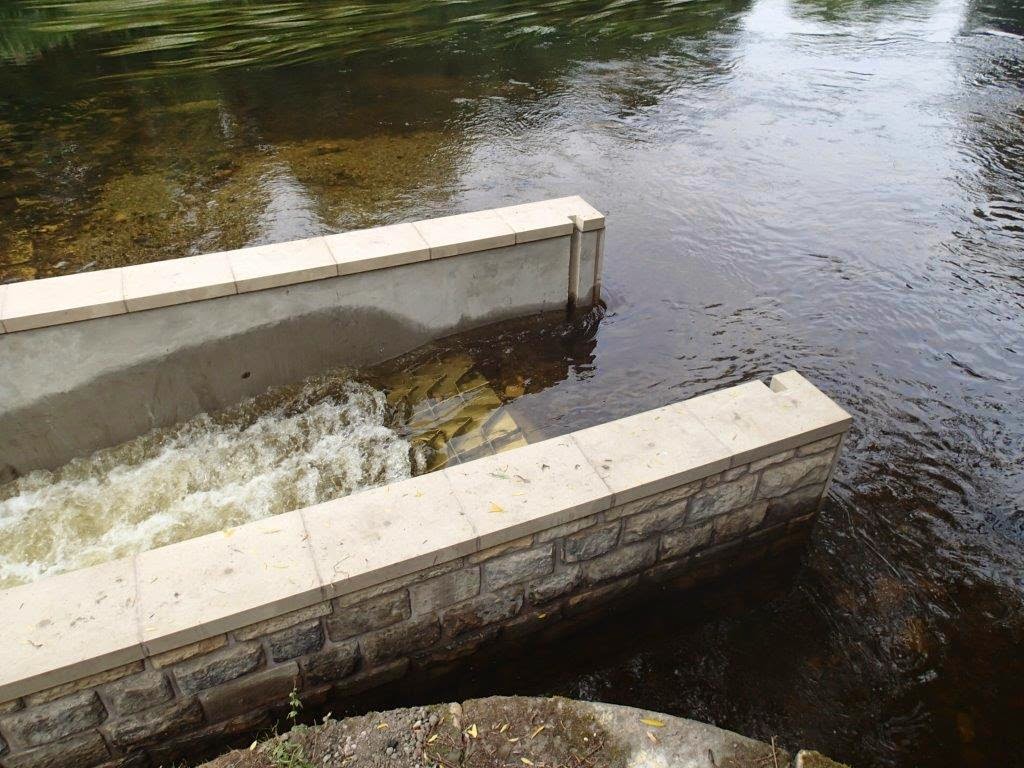 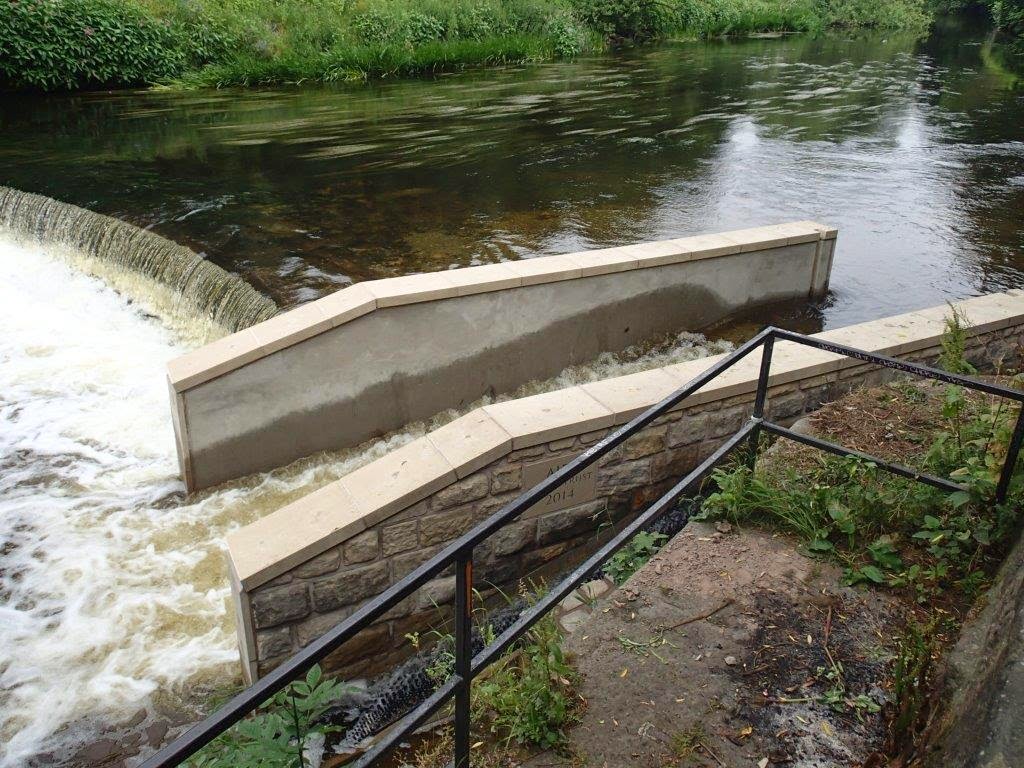 At St. Ann’s weir, Bailey Construction used an ‘exposed aggregate’ finish to soften the appearance of the fish pass, which has been built alongside an old pumping station. A platform was also designed in beside the fish pass to improve access to the pass for ongoing maintenance. 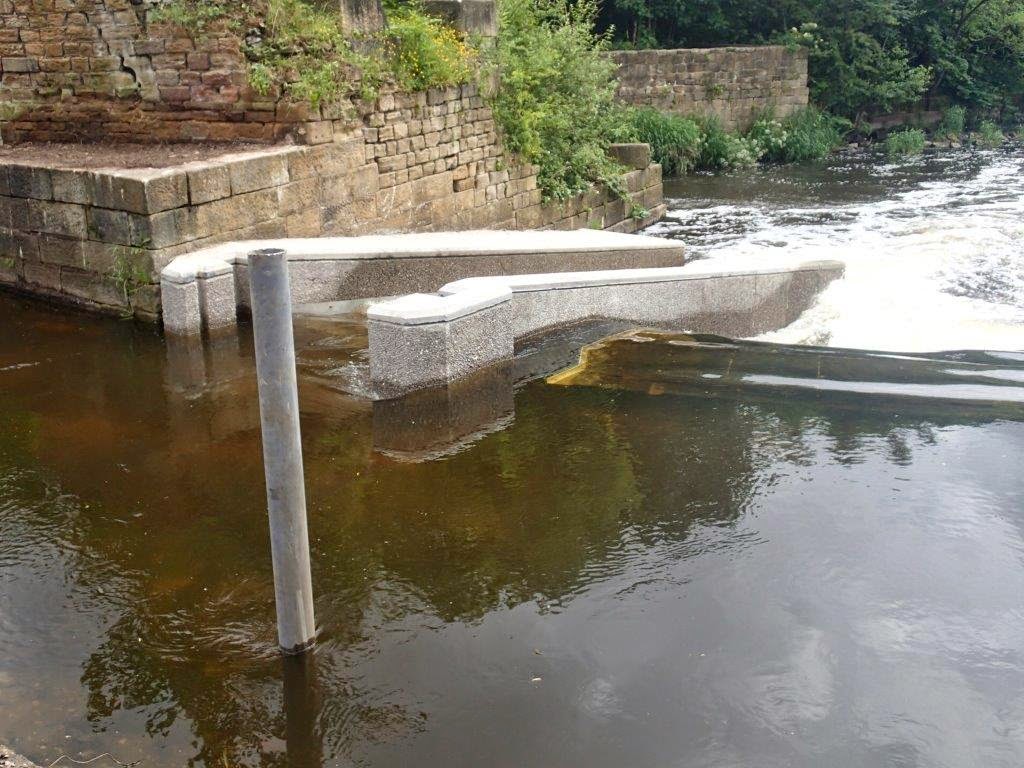 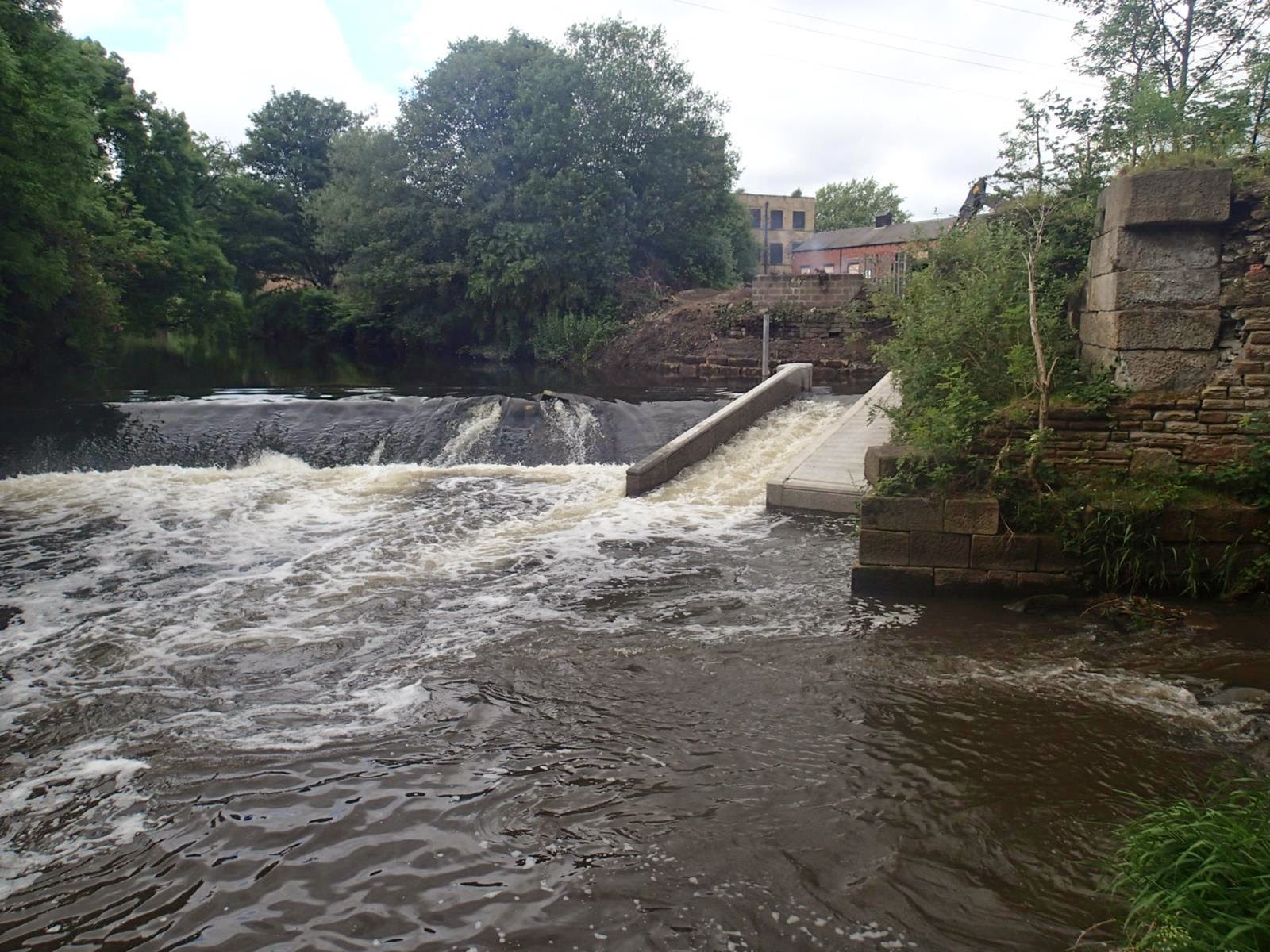 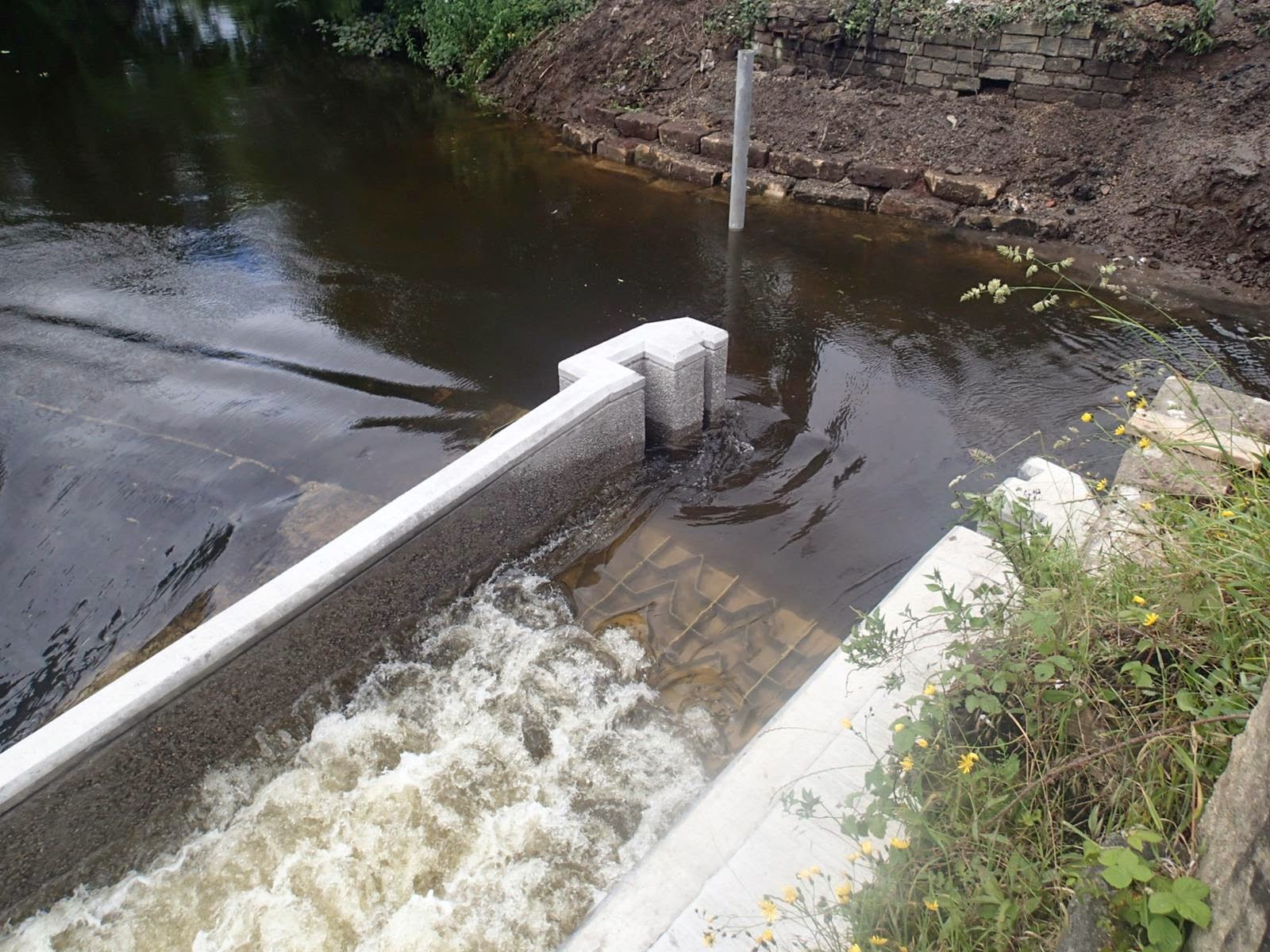 At both sites, Fishtek fabricated the Larinier baffles and eel passes, as well as carrying out the feasibility study, design and civil construction design of the passes. Overall, the project has been a great success and these passes will contribute to the continuing improvement in the ecological health of the River Aire.