There has been a bit of a hiatus in posts of late, primarily due to everyone at Fishtek being pretty much flat out! As a result, we have taken on a new staff member, Paul Gratton. Paul has started with us to help out on the fisheries side of things, including fish and eel pass design and hydropower impact assessments. He’s already made a flying start and has been getting out and about on site a lot, conducting several impact assessments.
On the fish pass front, work has recently started on two large fish passes on the River Aire, in Kirkstall, Leeds. These are being built by the Aire Rivers Trust. We were responsible for the feasibility and options appraisal for fish passage at two weirs (St. Ann’s weir and Burley weir). This identified the optimal solution for improving fish passage at both sites. A single-flight Larinier pass was decided upon for both sites and we then carried out the detailed design of both passes.
The contract for the construction of the pass was awarded to Bailey Construction and the detailed civil construction design of both passes, as well as the fabrication of the Larinier baffles and eel passes, is being done by Fishtek. This project is a fantastic one to be involved in as it will see another two fish passes installed on one of the many urban rivers in the UK which is rapidly recovering and improving in quality. The image below shows the excavation of the weir at St. Ann’s, in preparation for the construction of the Larinier pass. 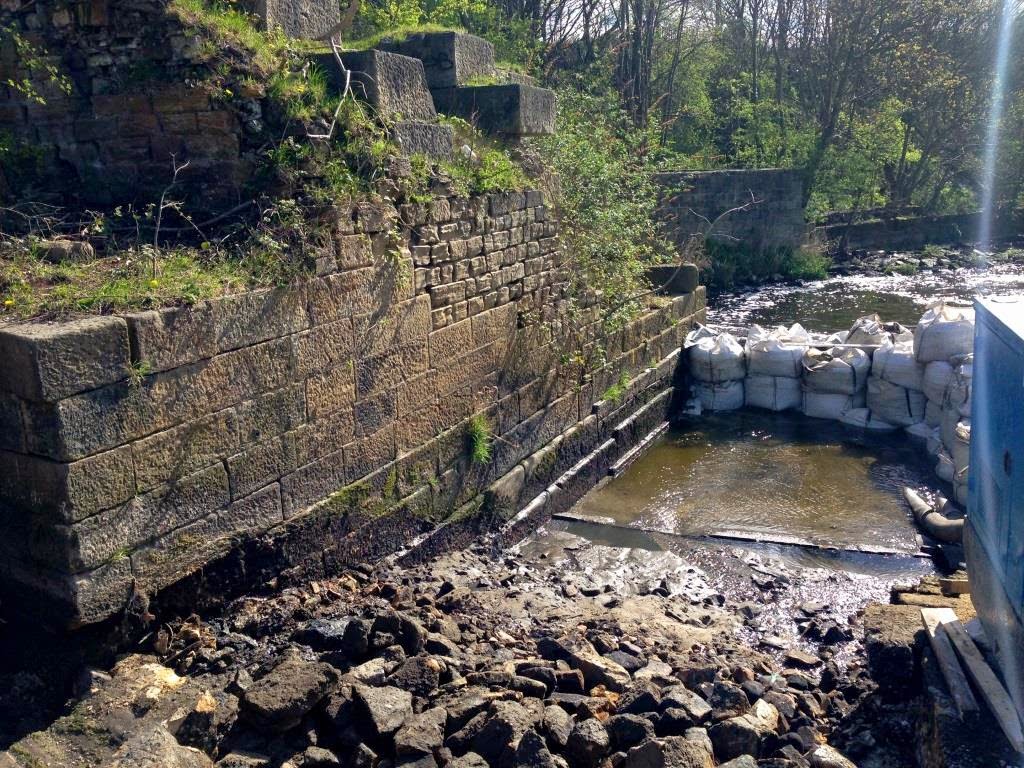