A recent Fishtek project has involved a first for us – the use of a helicopter to install a fish pass! The pass in question was installed on the River Ness, just outside Inverness and is a temporary structure (an Alaskan A fish pass and lead-in channel) designed to enable migratory salmonids to move up and over an existing weir while works are being carried out on the weir. The pass is temporary as it is only required to be operational while work is being carried out on the existing fish pass on the weir, which will render this existing pass temporarily unusable.

The use of a helicopter was required as access to the site is very difficult. A crane could not be brought to site and the sections of fish pass were too large to lift with the machines available. It might be a relatively common sight in some parts of the world (e.g. Alaska, where this type of pass was originally devised), however it’s not every day that you see a fish pass floating through the Scottish air.

The fish pass also had a camera monitoring system installed on it, which we designed, produced and installed. The Ness District Salmon Fishery Board are using the system to monitor the pass and determine whether migratory salmonids (particularly salmon) are using the fish pass. A few images of the completed fish pass and camera monitoring equipment are given below (please note that the last two images are courtesy of the NDSFB). 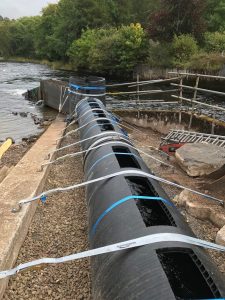 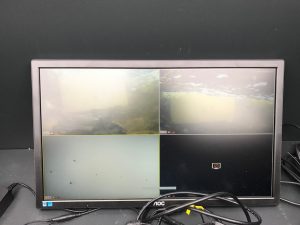 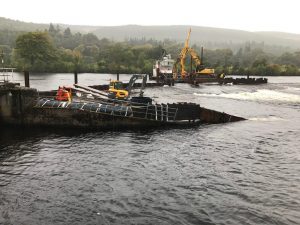 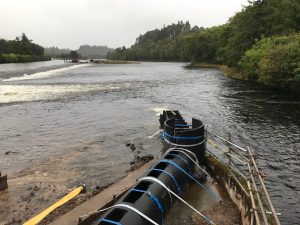 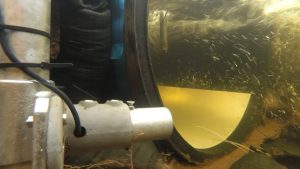 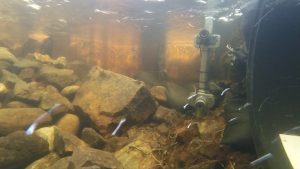