For the last few months, Fishtek have been project managing the build of the fish pass on Darley Abbey, on the River Derwent for the Trent Rivers Trust. The fish pass is a very large Larinier pass, two flights long and 3 m wide and has now been completed and officially opened!

The project was complicated on several levels. To start with, the fish pass has been built on a weir that sites within a World Heritage Site. The weir is one of those within the ‘Derwent Valley Mills‘, a series of 18th and 19th century cotton mills and weirs. The series of mills within the World Heritage Site includes Cromford Mill, where Arkwright’s inventions were developed.

As a result of the World Heritage Site status, the finished fish pass had to have as little visual and aesthetic impact on the surrounding structures and environment as possible. The location in which the pass has been built is through the island on the weir, with the pass constructed in a channel cut through the weir. At the upstream end of the pass, the pass entrance has been formed by cutting through an existing stone wall and the wall then replaced over a lintel above the water level. The pass location created further difficulties as it meant that all equipment and materials required for the build had to be transported across the river to the island, where the pass was being built.

The pass blends into the surrounding environment very well and now means that fish will be able to pass Darley Abbey weir for the first time in centuries. The Trent Rivers Trust are going to conduct camera monitoring of the pass in the spring, when fish start to migrate in the river. 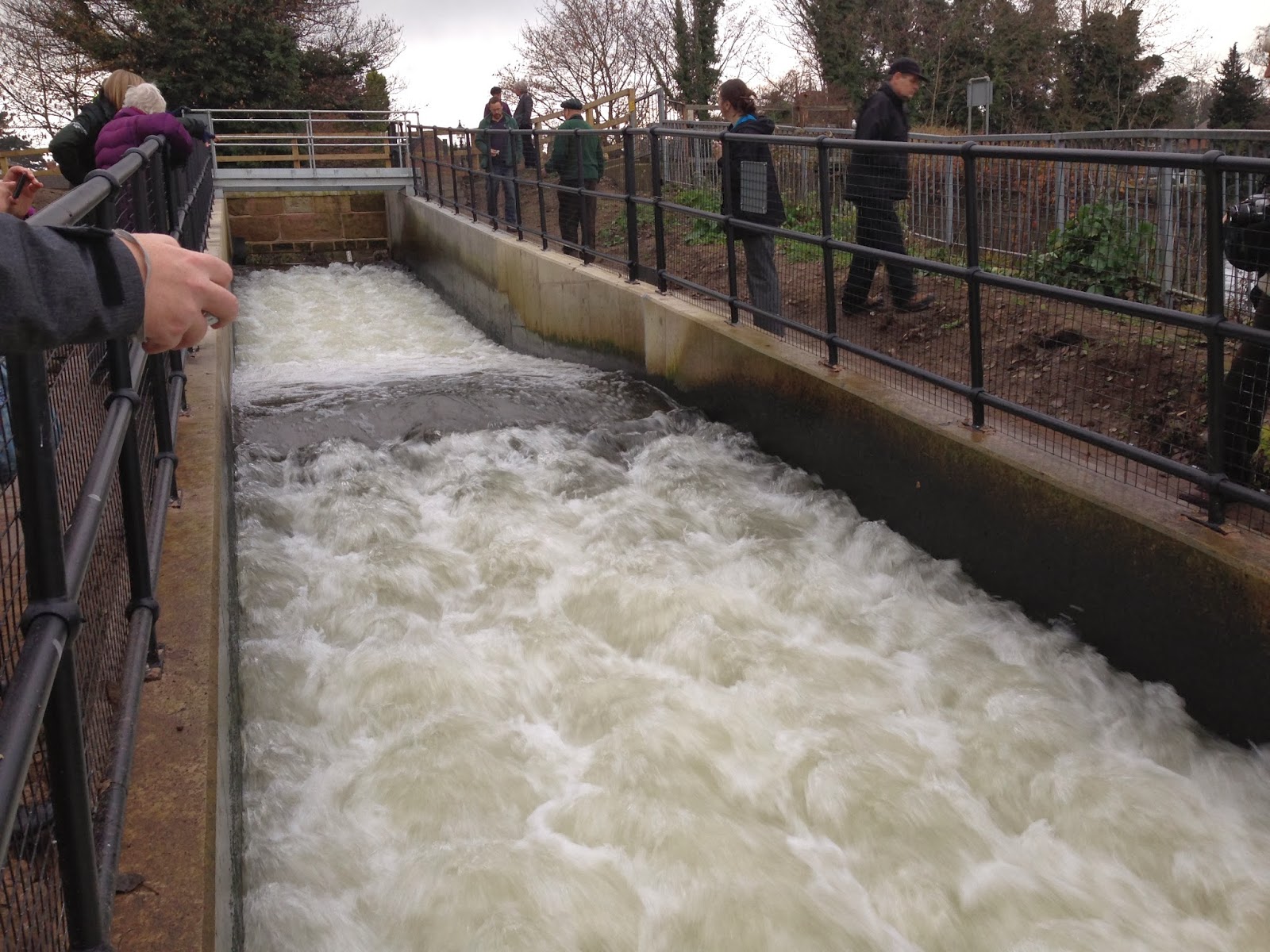 We are very proud as a team to have been involved in a project of this scale, the end result of which is a top notch fish pass constructed on a weir that was previously a very significant barrier to migration. Coarse fish and resident salmonid populations will benefit immediately from the pass and as salmon start to return to the Trent catchment in increasing numbers, they will also make use of the pass as they migrate upstream through the Derwent.