The recent good weather has meant that we have been able to push ahead with the construction of several fish passes. One of these is the fish pass (a hybrid Larinier and pre-barrage pass) at Lingen weir that Fishtek designed at the top of the River Teme, a tributary of the River Severn. We are delighted to say that construction has now been completed. The work was carried out by Castleford Engineering and we think that the final result looks top-notch. 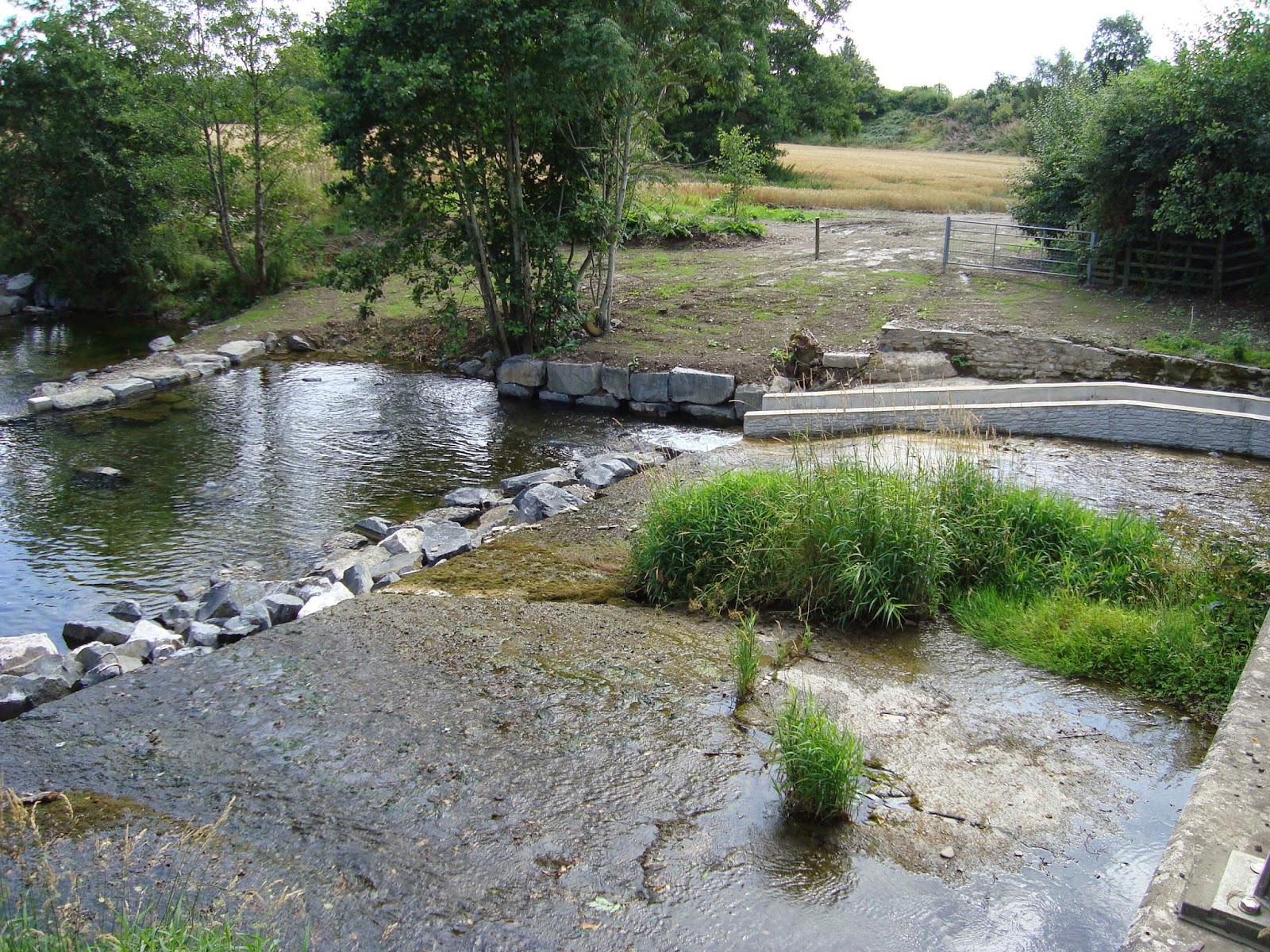 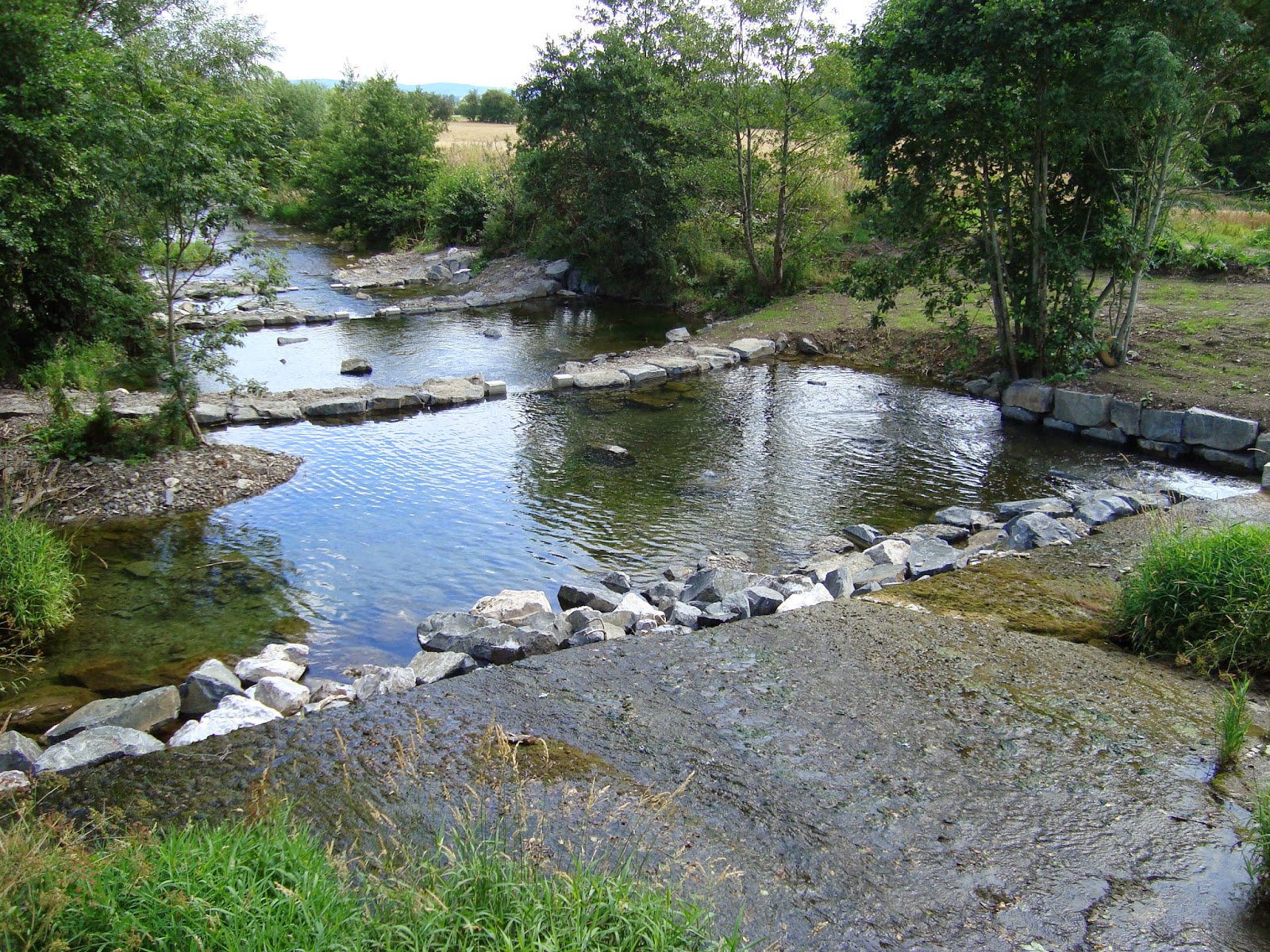 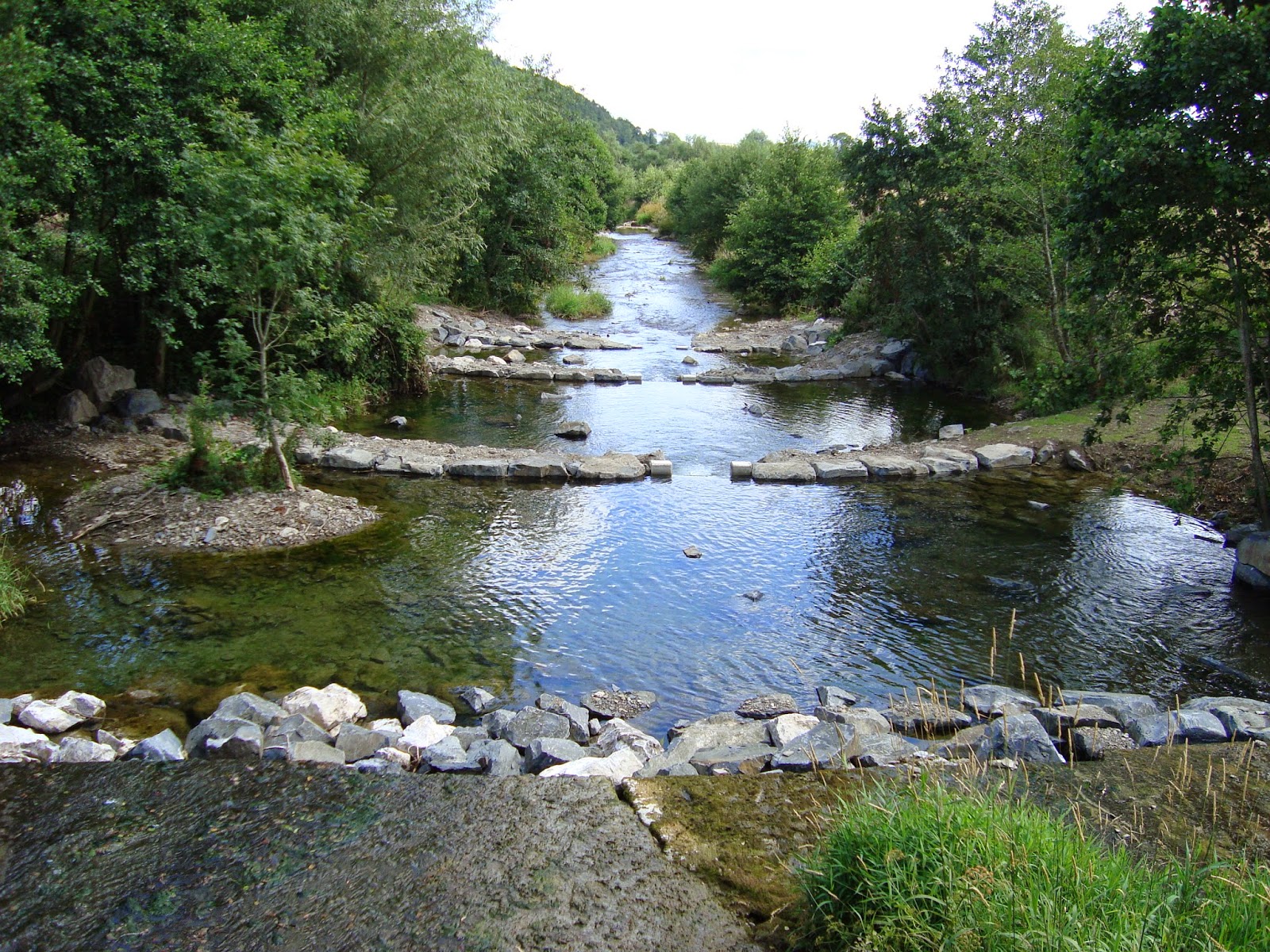 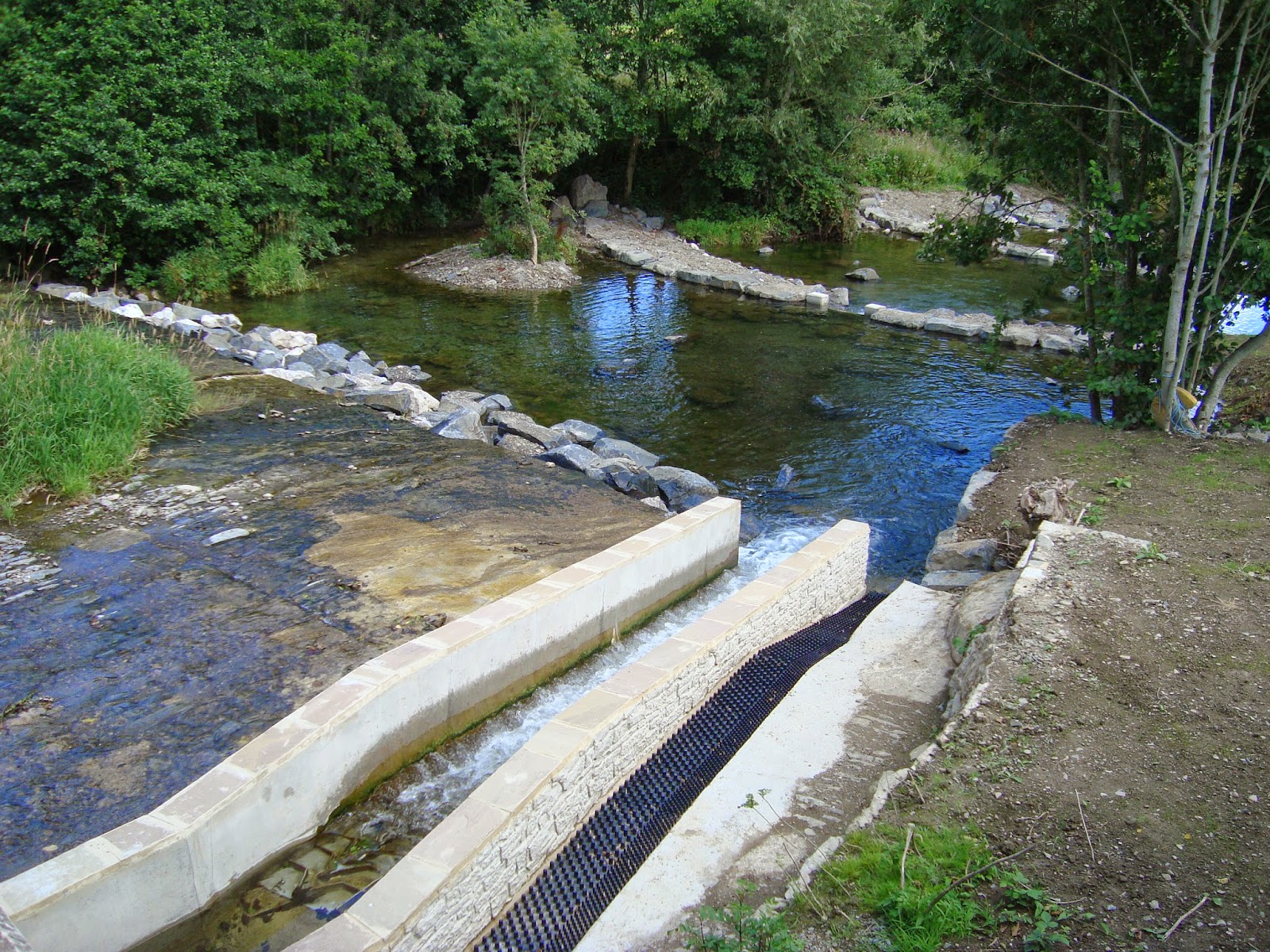 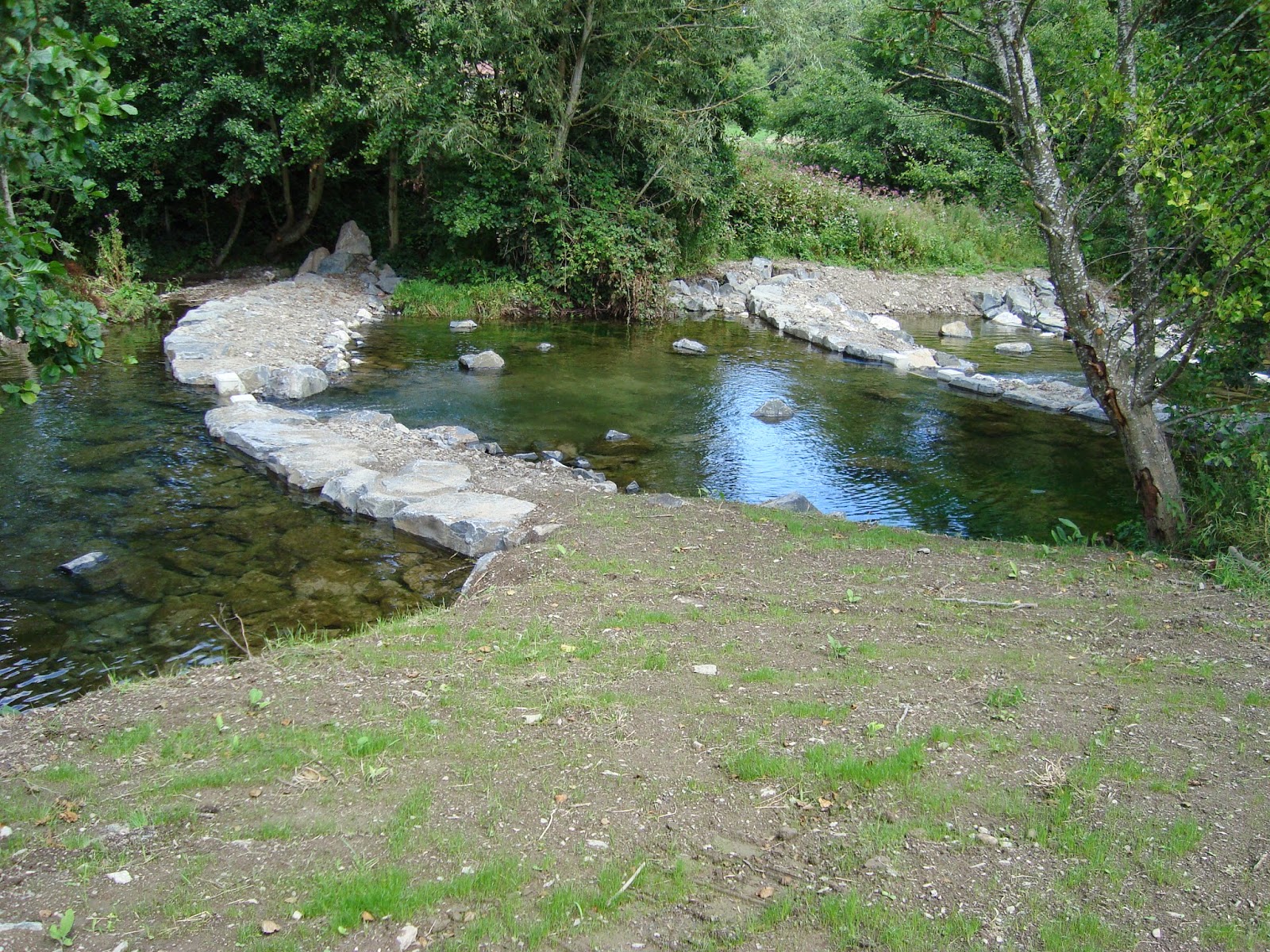 The construction of this fish pass will allow the free migration of fish, including salmon, upstream past the weir at the site. Previously, the weir (which forms part of the foundations for a road bridge) was an almost impassable barrier for fish. This had implications for the movement of large migratory salmonids such as salmon, as well as for more ‘resident’ fish.
The latter includes brown trout, which can be displaced downstream (sometimes through deliberate human intervention) when the river upstream dries up completely during periods of very low flow in the summer. Once displaced downstream, these fish would then struggle to move back upstream past the weir. With the fish pass in place, this should no longer be a problem and the ecological connectivity within this stretch of the River Teme has been dramatically improved.